on July 05, 2020
Youtube is one of the social media platforms that I don't really dabble in. I'm not one for being on camera. I have a boring voice and really don't have enough confidence to make a video that people will enjoy, at least not one with me in it. I do have a Youtube Chanel called One Hull Of A Family, we mainly use it to post videos of any days out we might have.
As Youtube is not something we push I wanted to ask someone who I knew enjoys making videos. I decided to ask Chandru, a quality fella I have met over on Twitter. We've chatted in the past about social media and how hard it can be to grow a following in certain areas. You can find his Twitter page here. 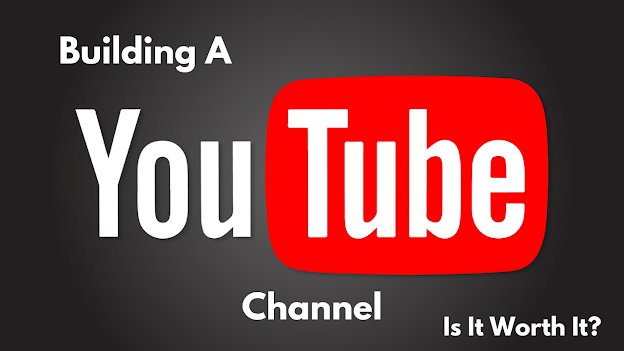 Tell us about your channel:

Being a creative person who was forced into lockdown and homeschooling, I was desperate to create and express. When I spoke to other parents in the same situations and listened to how similar our experiences were, it dawned on me that chronicling the Homeschool experience was the ideal outlet. It would be funny (hopefully), relateable and something to look back when things get back to 'normal'. All this gave birth to the 'Dad Diaries' https://www.youtube.com/channel/UC-fmS8Y2oePGzDeNluhbmPw?view_as=subscriber

I've been creating for a while now. Before Dad Diaries I had a topical chat show entitled 'The Modern Dads Show' (https://www.youtube.com/channel/UCWiPHReimIKFmLLG5ucQCsw) which ran for 2 seasons. As for Dad Diaries, it's very recent and has only been around for about a month.

How long does it take to film and edit a new video?

What takes the longest time is filming the cutaways which are essential to film. Most of the time, I'm doing it on my own with a tripod so I need to set up, film, get changed and/or change the angle, film the scene again and I have to do this multiple times to get a valuable clip that's only a couple of seconds long.
Developing and delivering the monologue is the next intensive process. I need to have the right energy and make it punchy especially since the clip is aimed to be less than 2 minutes.
The editing is relatively quick because I have the idea already planned out in my head. Some ideas pop up while editing that enhances the video. I then share the clip with a select few to get their feedback and apply any tweaks if required before launching it.

Do you think the effort put into making/editing a video is worth it once it's published?

It's rewarding to create and great validation when people enjoy it and give you positive feedback. A lot of people talk about doing stuff but few actually get out and there and do it. So when anyone does make that effort and creates, that in itself is an achievement. When it's published, there's that initial interest and surge in views but it soon tapers off. After that, you're still promoting hoping for another wave of interest but it's more of a trickle at best. It's tough because you know your content is good and will be enjoyed by others but with so much content out there, it's hard to hold your head above water. At some point, it starts to feel like you're pleading or begging for a hit, like and a subscribe to your channel. It can be hard and even demoralising to get noticed especially to the level you're hoping.
I now look at it as a body of original content I created from scratch and something I can enjoy and reflect on further down the line. Also, as an actor, I am able to share these videos with Casting Directors to give them an insight into what I can do outside of playing a Doctor or a Corner Shop Owner.

What does the future hold for your channel?

Duh! I'm going to have my own Netflix show. Wtf dude? Well, that would be ideal but I think I'll just keep it going when the time permits and as long as the ideas keep flowing. I'll probably always keep creating, for instance, I made a short film with my kids  (The Castle: https://www.youtube.com/watch?v=n9K59Uwcu9c&list=LL&index=7&t=3s) which has been selected in 7 festivals and won the Isolation Film Festival award for 'Best Comedy'. I honestly don't know where it'll all lead so I'll trust in the Universe to get me where I'm going.
I would like to thank Chandru for taking the time out in answering these questions for me. Please give his videos a watch and hit that thumbs up button and subscribe to his channel. If you're a parent you will definitely be able to relate to his videos!
Never want to miss a post? Sign up here!