Fathers Used To Give Sage Wisdom 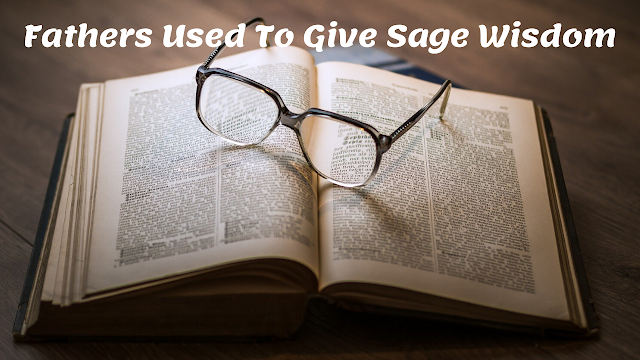 Here we have a Guest Post from the guys over at Ninja Dads. Enjoy.

I don’t know about you, but when I was a kid, the men in my life provided sage wisdom. Whether it was my grandfather, father, neighbor, or even my first boss, they always had some quip or short saying that really summed up a life lesson. A couple of examples include, “don’t pee into the wind,” or “treat others the way you want to be treated.”
Even as an adult, I find myself pondering some of the meaning of the story that triggered the saying.
However, as a dad, I find I rarely say anything other than bullshit common sense stuff that shouldn’t need saying in the first place. Here are my top 5 categories of brilliant shit I have yelled at my children. 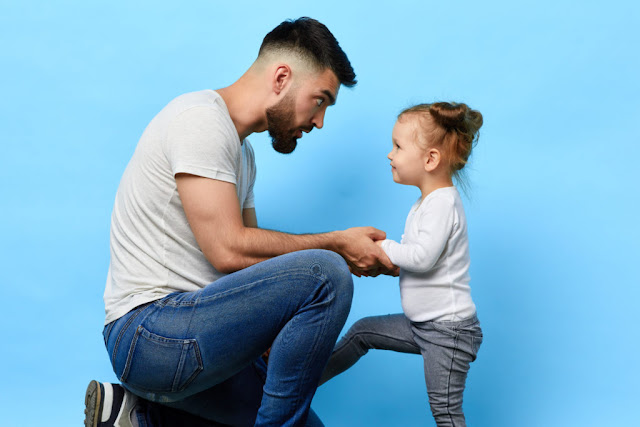 “Don’t hit your brother with that shovel”
When my boys were smaller, I walked out the front door one day to find my one son about to smack his brother over the head with a blue-handled shovel. It wasn’t like a little plastic spade either. Nope, it was the shovel I use to dig holes, plant trees, move dirt, etc. A full-on grown-up shovel.
While I am certain that my soon-to-be-maimed boy deserved it, I had to step in. Without thinking, I shouted, “Don’t hit your brother with THAT shovel!!! $&*#$@!”
And while I can’t say why THAT particular shovel was a problem – or that another shovel would have been fine – I can say it is sage advice. Nothing good comes from hitting someone with a shovel.

“Don’t play baseball naked”
Nothing breaks up the morning coffee bliss like a couple of kids giggling out of control. These days, I can barely remember what life was like before kids. When they play, they get louder than Alexa on full volume, and I usually hear a couple very questionable whacks and thumps. I can always tell when things get out of hand from the stomping, yelling, and declarations of unfair rules.
That’s what made this incident so memorable. One evening, I heard my boys playing nicely, and it sounded like they were playing catch. So, I did what any good father does: nothing. Why ruin it?
Eventually, though, my alarm for too much quiet for too long went off. You know, the one that tells you, “oh snap, it’s been quiet for so long that one child must be dead, and the others are digging a grave right now…” So, I sprang up and headed to Jasper’s room where I last heard them.
To my surprise, they were playing catch peacefully. But they were totally naked. So, I shouted some sage wisdom that you can pass on to your kids: “Don’t play baseball naked!”
I mean shit, a lot of things can go wrong there…

“You only get one face”
Sometimes you see your kids wrestling and it’s fine. Sometimes, one kid gets the better of the other and it begins to escalate. In these situations, my policy has been to mostly let them learn that the physical path always ends poorly, and nobody wins. Basically, I let them fight it out, so they realize what a bad idea it is.
It’s all within reason, of course. My duty to make sure they incur no irreparable damage that will haunt them for the rest of their lives. Generally, no weapons, no groin kicks, and nothing above the neck.
In these situations, I find my supreme wisdom comes out in bite-sized commands. “You only get one face” has been a go-to lately. I want them to remember to take care of what may be their most important asset…

“Don’t lick the car”
I must confess: this is some sage advice handed down from my own father.
Just kidding. Honestly, it never once occurred to me to lick a car. Not once in 42 years. In fact, in a random survey of dads, nobody I have ever known has A) thought of this B) tried it. Maybe we’re missing something… I don’t know.
Either way, as we were getting the family assembled for a car trip, and I was packing in the bags, I watched my daughter walk over and lick the rear fender on the driver’s side.
At first, I didn’t know what to say. Then, the words sprung into my mind. Of course! Nobody ever told her!
“Don’t lick the car.”
Seriously, WTF.

“The only hole things go in is your mouth”
When we first started NinjaDads, we played around with the idea of selling some t-shirts. I have several that I wear around with the wise fatherly advice above, and they all feature a picture of NinjaDad doing the activity.
But apparently, I’m not the only fountain of wisdom out there. Recently, I was walking around town, and a woman walked up to me and said, “The only hole things go in is your mouth.”
To be honest, no stranger has ever randomly walked up to me and passed on such great wisdom before, and nobody will top this in the future. I was stunned! What in the world was this woman talking about?
Then, she pointed at my t-shirt and said, “I one upped your shirt there.”
Yup, you sure did, lady. And I am better for it! But I don’t even want to think about the graphic for that shirt. Nevertheless, I made sure to pass that wisdom on to my children.