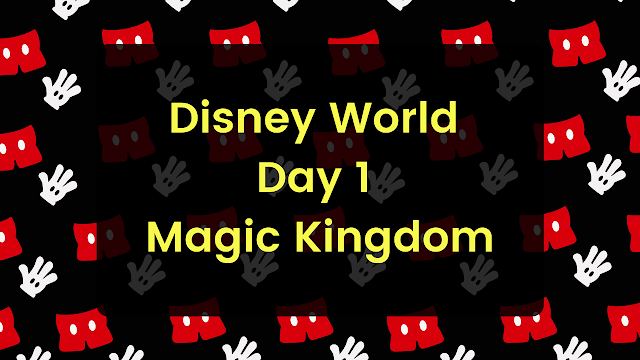 We had had a half decent nights sleep after our travel day. We would have liked more but it was our first day on holiday and we were also getting picked up at 8am to go and collect our car for the two weeks.

We got to the Alamo car care centre which was located just inside Magic Kingdom grounds. When we booked the car online it said we would pay a deposit and then the rest when we got the car, so we set aside some money for this. upon getting the keys we were told we paid at the end of the two weeks. They took our card to hold on file and told us that if we wanted to pay cash we could, we just need to tell them at upon returning the car that we wanted to change the method of payment.

This turned out to be false. When we returned the car we were told they do not take cash in that branch as a policy so the money will have to come off the card. Thanks for the shit service National and Alamo!

Anyway, we got the car. Kerry would be driving the car as she has driven in America 3 times now and I haven't, plus the cost to put me on the insurance for two weeks just seemed a bit of a waste of money.

When you park up in the Magic Kingdom, the first thing you have to do is decide whether you will get the boat or the monorail across to the actual park. I feel like getting the boat on the first trip to MK is a must. The breeze is nice, especially on a hot day. It was around 9:30 am and getting warm already, it was quite overcast but still very warm. Some sun would have been nice but at least it wasn't raining like the last time we came to Florida.

The boat ride across is great. I majestically rode across the water like a unicorn galloping across the clouds. I felt at home. Once we entered MK we did the standard "get a photo with the castle in the background" 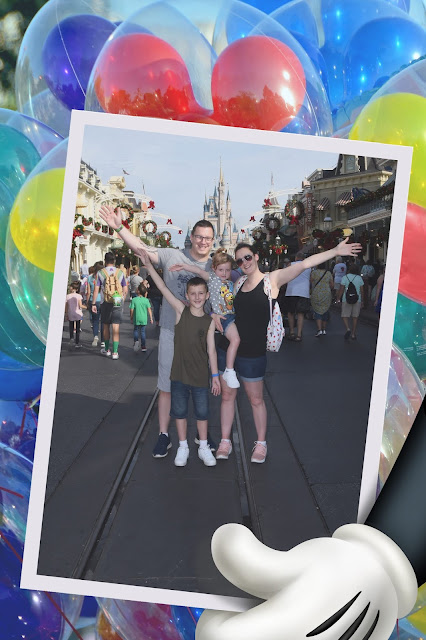 One of our favourite rides at MK is the Buzz Lightyear ride. You sit in a cart and shoot targets to rack up points. I sat with Joseph and naturally I absolutely pasted him.

We also went and watched the Philharmagic show. This is fantastic and if you have never seen it then please go and see it. We also rode the Magic carpets Aladdin ride. This just went round and round and you could control the cart so it went higher or lower. Alice loved this but Kerry shit her pants on it. Mainly cause Alice constantly kept moving it up and down LOL!

There also was a cheeky camel, as you can see below.

The next ride we went on was Thunder Mountain. This is a rollercoaster. We took Alice on it with us, it probably wasn't the best idea but she did it anyway. Joseph really enjoyed it too. We weren't sure how it was going to go as Joseph hasn't really been on roller coasters before and can be quite nervous but thankfully he enjoyed this one. Keep an eye on future Disney World posts to find out which one he didn't enjoy!

Later we went and did the "Storytime with Belle". We've never done this one before but as we had Alice with us this time, we gave it a go. It was a participation thing, thankfully I didn't get chosen and neither did the kids. Were not really into that stuff. The whole thing was good and Alice loved seeing Belle. Even if her photo doesn't show it! 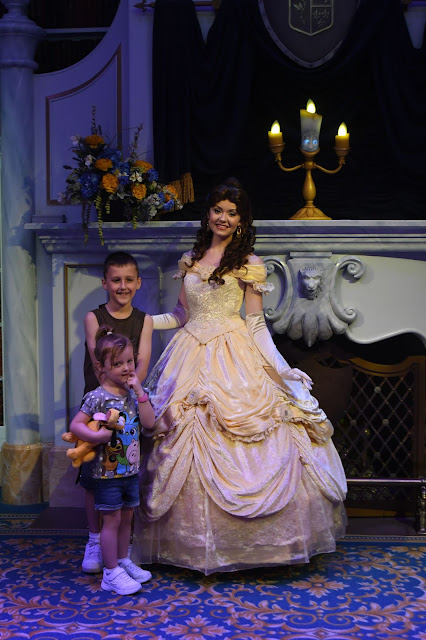 We left late afternoon as we needed to go to Walmart to get a few bits for our room. We nearly died on the way due to a car screaming down the road as we were pulling out, so that was fun. We got to Walmart in one piece and everything was forgotten when I found out they did red velvet Oreos. Holy Shit! Red. Velvet. Oreos.

For tea, we took the boat to Disney Springs again and went to Blaze pizza but it was packed and there weren't any seats! It also started to rain so we decided to head back to the hotel and eat there.

In what would be "classic Alice" she fell asleep on the boat ride back. Once we had tea I worked out that from the food we hade eaten that day in Disney, it would have cost us around $250. Thankfully we had the dining plan. After our tea, we found the arcade room that was in our hotel. This kept the kids occupied for a bit and then we went back to the room for some much-needed sleep. We were knackered.