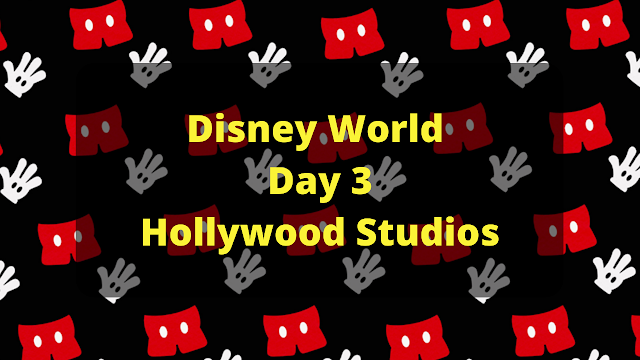 On Day 3 we wanted to head to Hollywood Studios. This is arguably my favourite park, it's a toss-up between that and Magic Kingdom.

It was packed when we got there as everyone was either rushing to Galaxy's edge - the new Star Wars land or to Toy Story Land. The Millenium Falcon ride - Smugglers run didn't have fast passes when we were there so the wait times were crazy. They even had to have a one-way system throughout Galaxy's Edge and Toy Story Land at one point because of how crazy it was. We decided to head to the Star Wars ride called Star Tours, its been there years and isn't a part of Galaxy's Edge but as Joseph had really gotten into Start wars recently he wanted to ride it. It was a lot different from the last time we were there. We really enjoyed it. 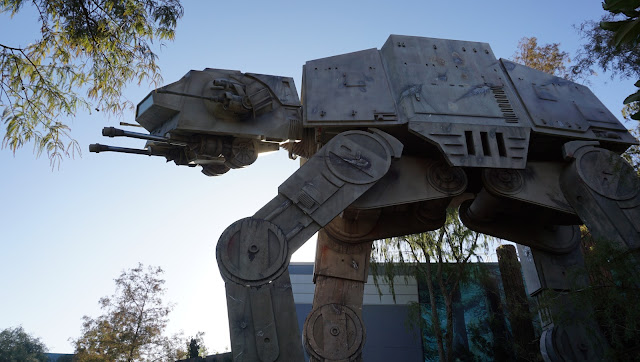 After that, we walked through Galaxy's Edge, passed the Millenium Falcon and into Toy Story Land. 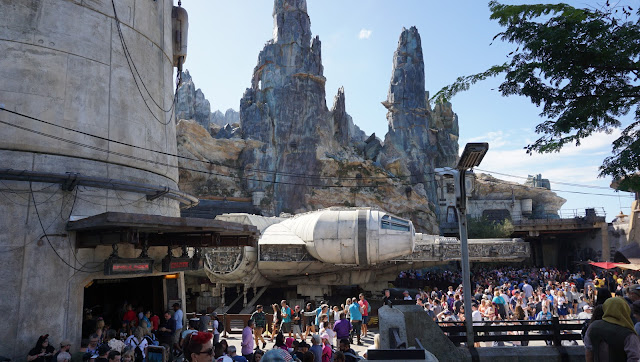 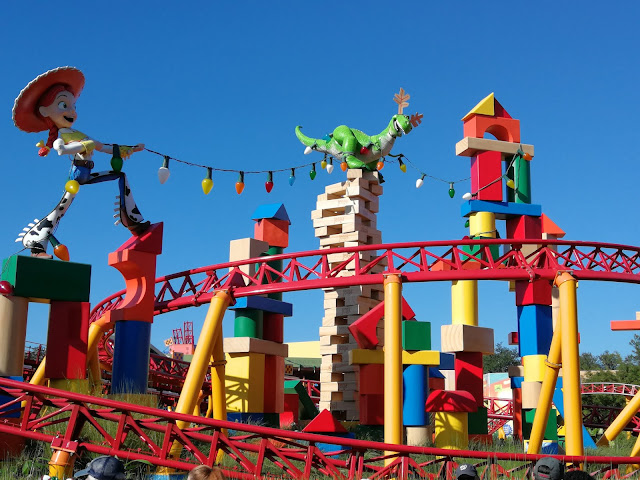 In Toy Story Land we rode Toy Story Mania which is a great 3D shooting game for all the family. We also rode the Alien waltzers and had a vegan grilled cheese sandwich from Woody's Lunch Box. It was very nice. 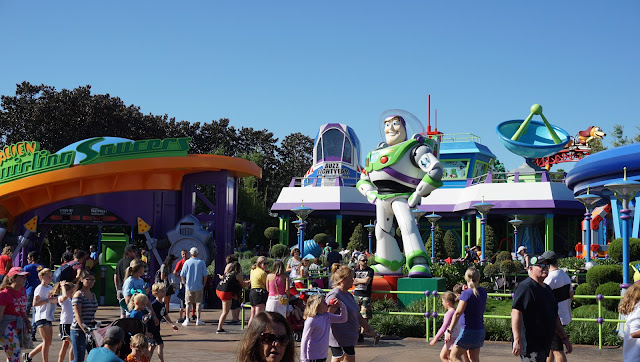 After our dinner, we explored some more of the park and Alice got to meet Pluto, Vampirina and Doc McStuffins. She was super excited to meet Doc McStuffins! 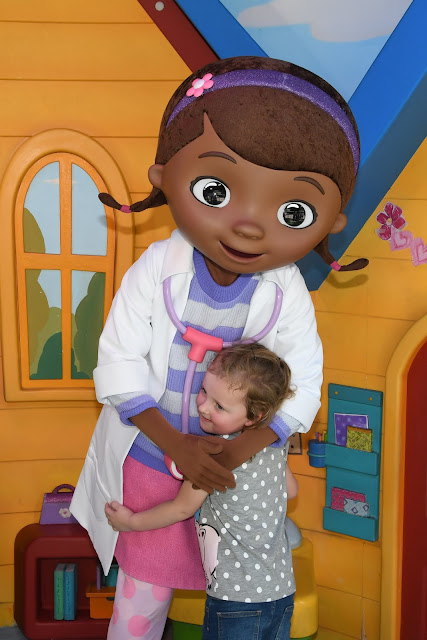 It was only day 3 of the holiday but this was so far the hottest day. We were all sweating so we decided to head back to our resort and go swimming for a bit. It had a slide in the pool for the kids and Alice went on the slide with Joseph. She had to go on her own as two people were not allowed at one time. After the first go, she got the taste for it then we couldn't get her off it.

After this, we had tea at the resort and head back to the park where we met BB8. Had a nice photo in front of the Christmas tree and went to see fantastic. This show is brilliant. They project part of the show on the water. 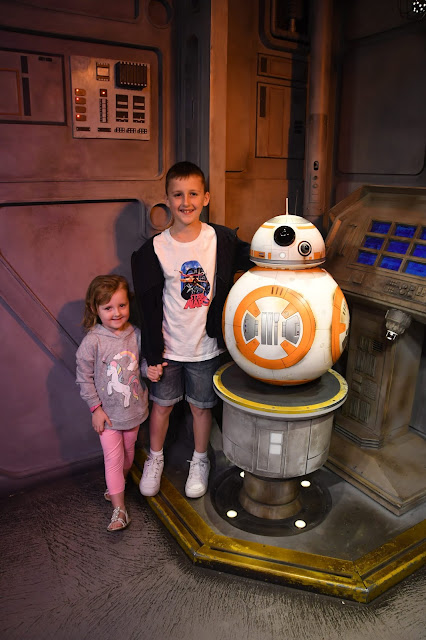 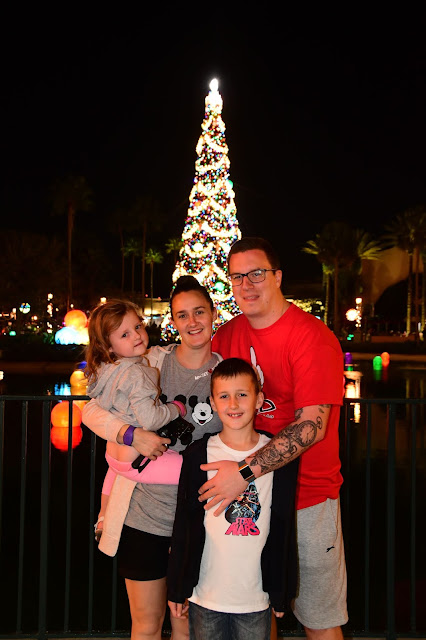 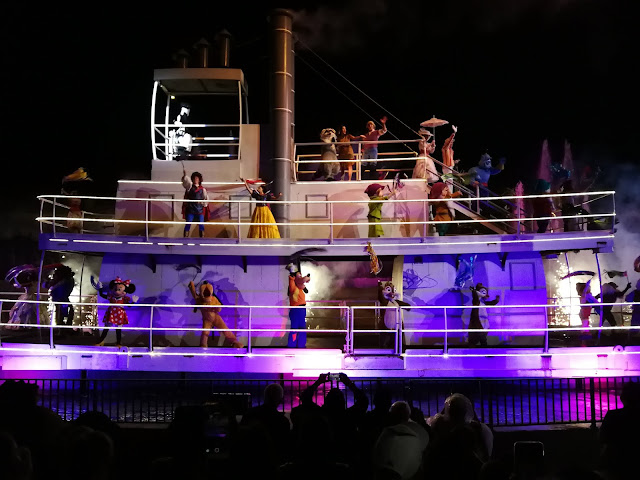