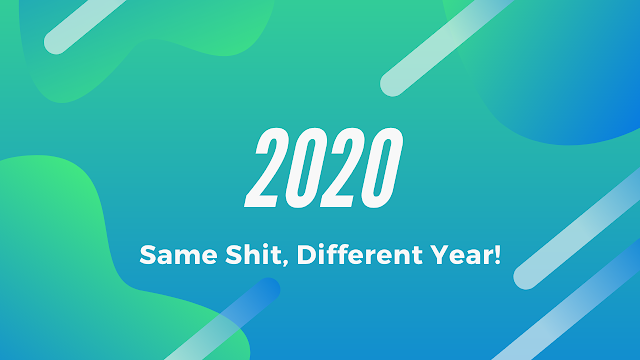 It's only been ten days of the New Year so far, and its already been a big bag of cat turd. I made some "Not New Years resolutions" for this year and so far I'm sticking to one of them (the reading one).

How are you all doing with your New Years resolutions?

So, as the title of the post alludes to, I've had a poor start to the year, particularly this week.

On Tuesday I had an appointment with podiatry to have my toenail removed due to it being ingrown. It has been painful for a long time and I was happy about it finally getting sorted.

I have had a bit of the side taken off before so I knew what to expect. The anaesthetic into the toe is painful but the rest isn't too bad.

I had the injection and then it was just a waiting game for my toe to go numb. It was taking its sweet time and I need more injections. Once my toe was ready she started with the pliers. It was uncomfortable and the left side of my toe has been extremely painful and sore for a while so it did still hurt even with the injections.

When it was off the lady bandaged me up and told me to keep said bandage on for 3 days then bathe it, re-dress and bathe every day after that until it's healed.

As I have big feet (size 12) the size of the nail was large so she told me not to be worried if it takes around 12 weeks to heal properly! 12 weeks!

The Mrs took me home after the doctors because I wasn't allowed to drive. After we had the obligatory stop at Cooplands to get some breadcakes we headed off back home. As we came to a stop at a junction my car just died. Wouldnt start, no heating or anything,

An hour later the AA come out to me and inform us my cambelt has snapped!

After being informed by a local garage that we were looking at four figures to fix it I decided to have it scrapped. The car was only bought for £900 a year and a week ago! I'd just paid out £250 on its MOT 3 weeks ago too!

We are now one car down and looking at getting a loan to buy another, slightly newer than a 15-year-old car. This means that we will have a loan repayment hanging over us for the next 3 years at least, something I don't like doing as I like to be able to buy my own things outright but this time we don't have any savings after going to America in November.

Today (Jan 10th) I was at work and received a phone call from my sister in law whilst I was at work to tell me that Kerry was struggling to breathe after pulling something in her chest earlier in the morning. She felt like her chest was being crushed so her mum rang an ambulance.

They had to give her morphine to help with the pain and they needed to take her to the hospital. This is never a phone call you want to receive. I was told the paramedics thought it was a muscular issue as the tests they did come back OK but that didn't stop me worrying.

I left work immediately but had to get a bus home to go and collect the car to be able to bring her home at whatever time she would be discharged.

Once I got to the hospital they were still doing a few tests and testing blood etc. The x-ray came back clear but one of her blood tests had come back positive for a blood clot. the was 900 and it should be between 0-500. We had to see a doctor. There is a history of blood clots in Kerry's family and we had just been on a long haul flight too, so we were a bit worried.

After going in to see the doctor, Kerry came out and said she could go home. The doctor said the reading was only slightly higher and is probably because shes had a viral infection etc. SHe would expect a blood clot score to be in the thousands to actually have one.

Its 9:30pm and Kerry is in bed now trying to get some rest. It turns out that the Chest/lung thing is just muscular so a bit of rest and some medication will hopefully help.