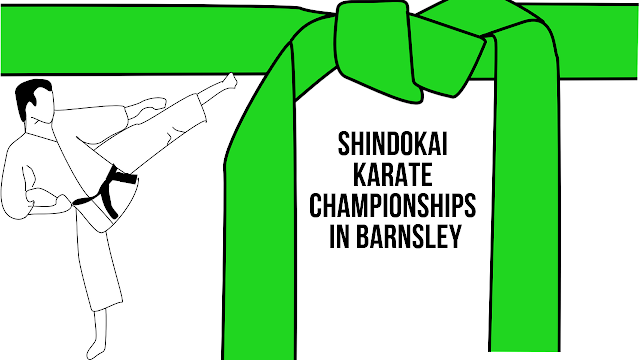 Last Sunday was a great day for Joseph. He was competing at a karate competition in Barnsley. This is his second competition in four weeks. In his last competition, he won a silver and a bronze medal!

This competition was going to be Joseph's most demanding yet as he was competing in more categories than ever before.

He usually competes in individual kata and individual fighting. He has also sometimes competed in team fighting. This Sunday he was competing in all of the above, AND team kata and pairs kata.
It was definitely going to be a tiring day for him.

A kata is a detailed choreographed pattern of movements. When competing in pairs Kata, both the participants need to complete the moves at the same time.

Joseph had been practising for his pairs kata with his partner Mylo for a few weeks, they would even practice during the week at Mylo's House. After watching them for the first time together at their karate class to how they performed in the competition, I could see a massive improvement. So much so that they came home with the silver medal in the pairs kata section!

In the individual fighting section in Joseph's age category, there were 22 fighters. Joseph wasn't lucky enough to get a bye in any of his rounds so he had hard to work really hard to get onto the medal table. Which he did, he came away with a bronze medal. His fighting has improved massively over the last few months and this can only help his confidence.

Joseph also won another bronze medal on Sunday, this was for team fighting. Team fighting consists of three team members, who fight individually against their opponents. The more wins from their team, the more chance of going through to the next round. For Joseph's fight, he came up against the boy who won a gold medal in the individual fighting category. This boy had also beaten him at another competition a few months ago.

Needless to say, he was a little apprehensive about facing him (this young boy is very good). Joseph scored the first and then with around 10 seconds left of the fight, he was losing 3-2. Joseph went for it and managed to score a point making the fight finish 3-3. The rules state that in the event of a draw the person to score first wins the fight. Joseph won!

He couldn't wait to phone me up on the way home and tell me that he beat him. He was so proud of himself and I was too. His Confidence is growing!

All in all, Joseph came away with 3 medals. One silver and two bronze. As you can see from the photo below he was super happy with this. 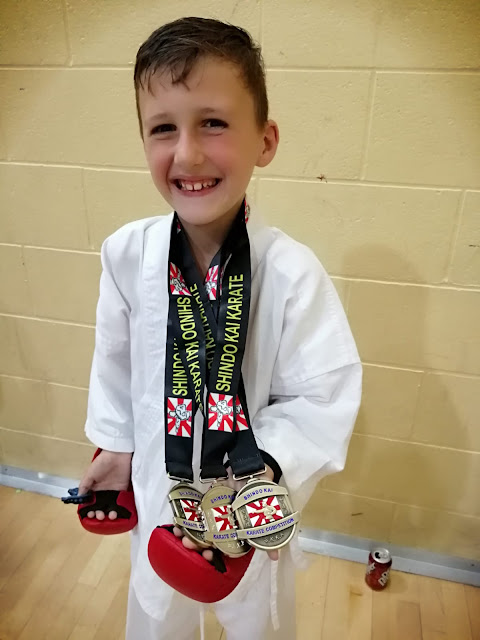 I love this photo, the sheer delight I can see on his face makes me so happy. I could not be prouder of him and how much he has improved.