In The Night Garden Live Review 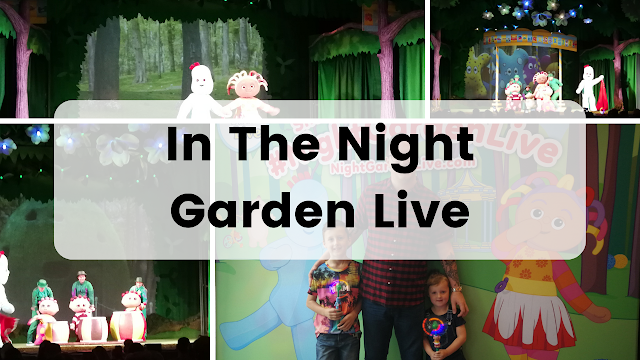 This week I received some free tickets to go and see In The Night Garden Live at Hull New Theatre.

Why would you do that to yourself? I can hear you ask. The answer is simple. Alice loves In The Night Garden and when Joseph was younger he also loved it.

Being 7 years old, I wasn't sure if Joseph would want to go and see it, but he said would like to go.

In the post this week we received a pack which contained two souvenir activity brochures, two hand puppets (one Iggle Piggle and one Upsy Daisy) and two light-up swirly things, they probably have a more scientific name, but I have no idea what it is. 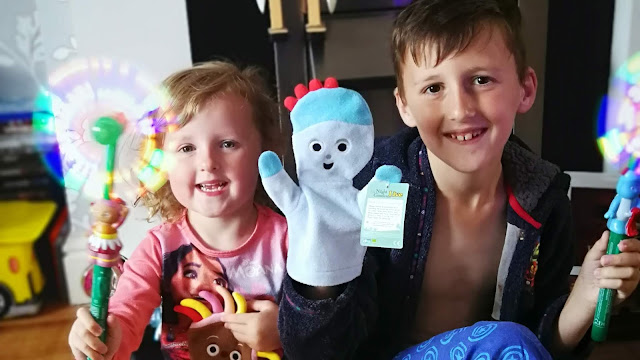 We decided to go for the Sunday 10am showing as I thought it would be slightly less busy than the 1pm showing. Last year we went to see Bing Live! and we chose the afternoon slot and it was very busy.

Once we arrived we made our way to our seats. We were seated in row K, which was in the middle. Not too close to the front and stuck right at the back. The seats at the theatre are probably the most uncomfortable seats you could ever wish to sit on, but I powered through like the champion I am!

When it first started a few real-life people came on to the stage and I wondered if it would be the same as Bing Live, where it wasn't people in full costumes, it was people operating puppets. This isn't my idea of theatre really. Then they did come out with a small Iggle Piggle puppet. I had my reservations at this point but they were soon put to bed when a full-sized human dressed up in an Iggle Piggle costume came out. 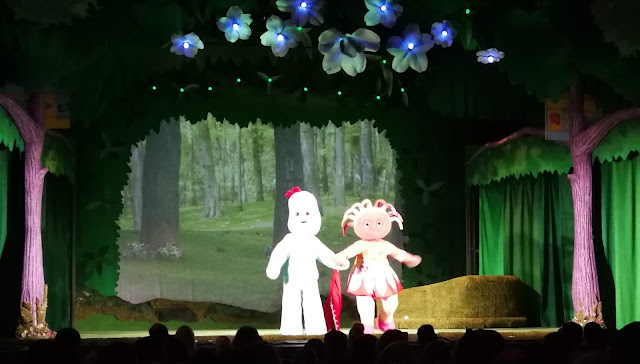 Alice kept asking me when Oopsy Daisy was coming on. I didn't know. I could feel the wrath of Alice building. Thankfully she came out after about 15 minutes.

The whole story of this performance centred around a funny noise. Iggle Piggle and his friends were trying to find out where it was coming from. All the classics made an appearance, including Makka Pakka and his indiscriminate face washing of people against their will. Thankfully this time, he only did it once, and he asked permission.

The only characters that didn't come out in full costumes where the Ponty Pines and the Tomliboos (or the Tombaloos, as Alice calls them). 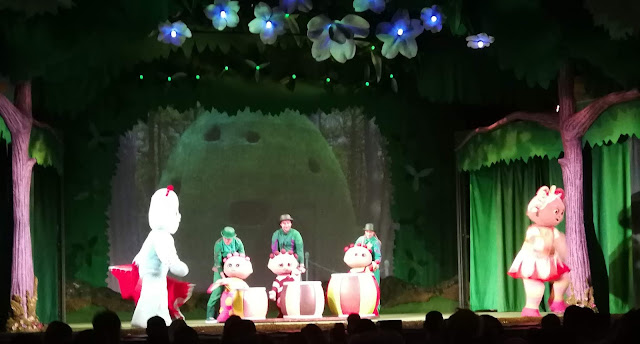 I was disappointed not to see a full-sized Ninky Ponk.

In their defence, there's no way a full-sized one could fit in the theatre. There was also the worlds first flying Pinky Ponk! This was pretty impressive (You can check out my Instagram to see a photo of this).

The show lasted just under an hour. Which was probably about right, some children, after around 40 minutes, were starting to get a bit restless. As much as younger kids love this show, I would maybe think twice if you have a child under the age of two.

As much as In The Night Garden probably does most parents heads in, it's great to see the children's faces as the characters come out. The smile on Alice's face made it all worthwhile. If you've never been to a kids show at a theatre before, it's not the same as going to one for adults. There's a ton of noise. Some kids will be crying, some will be shouting with happiness.

It isn't like when you go to the pictures and you're ready to call the cinema police after 6 minutes, because somebody behind you is making more noise opening their packet of fruit pastilles than Glastonbury makes in five days. You'll even see kids dancing in the aisles.

It's great to see that shows like these can bring that kind of happiness to kids in less than an hour. 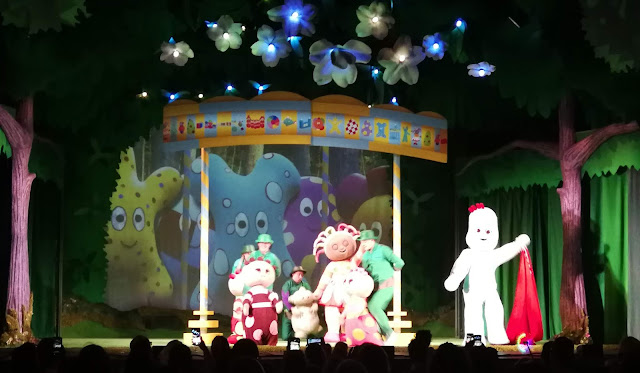 As I mentioned, Alice really enjoyed it. The smile on her face, seeing her frantically waving at every character, and getting offended when they didn't personally back to her was all worth it. Joseph said he enjoyed it and after all, he is still a kid and we hardly ever go to the theatre so this was something different for him. There's a show on in October called Billionaire Boy by David Walliams and Joseph really enjoys his books, so I think I may have to take him to see that. It would be nice for us two to just go.

There are lots of showing all across the country, running right up to the end of October, so if your child loves In The Night Garden, then it is definitely worth going to see! You can book tickets on their website here. 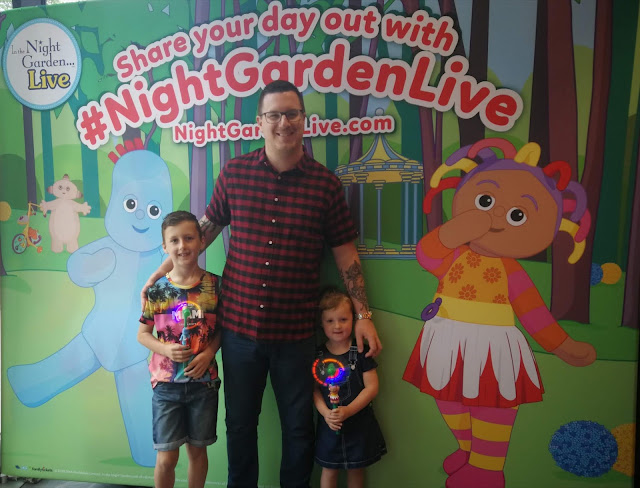 I was sent free tickets for the purpose of writing this review. I am under no obligation to write a positive review and all thoughts are my own.