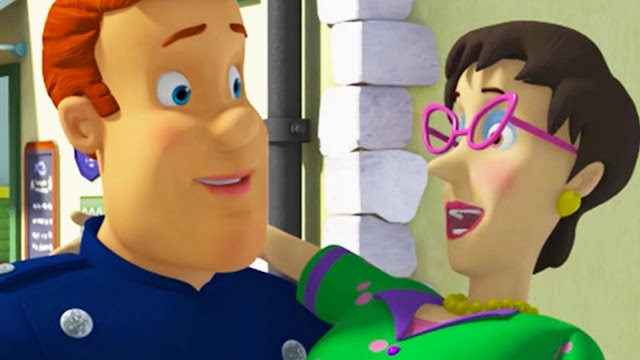 Does Pontypandy have a dark secret?

Over the years there has been a large increase in the population of the small town of Pontypandy but one resident seems to have mysteriously gone missing...

Where on earth is Bella Lasagne?

The official story is that Bella "moved to Newtown" (which is the most made up name for a town ever, apart from Madeup town obvs). She returned after several years to help Gareth with a food gala but then she was never seen again.

What happened to Bella?

I have a theory.

Bella often made Sam his lunch, he wouldn't even ask for it. It's fair to say that Bella was a nice lady who would help anyone. Possibly she had a crush on Sam, I mean, after all, he is a fox. She used to be good friends with Dilys, they would often stand gossiping about one thing or another, but with Dilys being madly in love with Sam she clearly had an issue with the whole lunch making scenario. Something we shall call

Bella conveniently made her disappearance *after the fireman's award ceremony as she wanted a new start,

Did she? Did she really?

Heres what could have happened...

On a warm summers evening, Dilys was still reeling from the pounding Sam gave her in the coat room at the town hall. She gingerly made her way to Bellas cafe to tell her all about it.

As they're conversing Dilys notices Bellas body language, she doesn't seem happy to hear her friend has had a good rogering. In fact, she's a little disappointed, she thinks Sam can do better, which he can. We all know this, but sadly Penny is a lesbian and even Sam isn't hot enough to turn her.

Dilys notices this disappointment, she starts to get angry, she thinks Bella is jealous because she has a crush on Sam

"Aint nobody stealing my man, bitch!" she shouts as she knocks Bella out with a candlestick in the kitchen.

She drags Bella down into the basement of the cafe and ties her up. The days go by and Dilys is unsure what to do, the days turn into weeks. Now, to much time has passed so she cant let her go. She doesn't want to go to jail, even though there is a surprising lack of police presence in Pontypandy.

So Dilys tells everyone that Bella has made to Newtown to start a fresh and that she has met a man called Herbert who she is very happy with. When the food Gala is announced, Dilys can see that Gareth is struggling so she goes to Bella and tells her to help him. She also tells Bella that if she tells anyone what happened she will make sure she is never heard from again.

After the food gala, Bella tries to make a run for it, but Dilys, being the wily minx that she is, knew this would happen. She confronted Bella as she tried to leave. They got into a big argument, things got physical and then "smack!" a 2x4 over the head deals with Bella in no time. After the shock subsides, Dilys sees Norman holding the 2x4 breathing heavily after the realisation of what he's just done hits him.

Dilys and Norman decide to throw Bella off the cliff into the sea. They make a pact to never speak of what happened again. Over near the mountains, Fireman Sam is doing his weekly bird watchingathon and as he pans his binoculars around, he sees Dilys and Norman throw something over the cliff. He makes a mental note to discuss the importance with Dilys and Norman of littering and the danger it can cause to sea life.

So there you have it. The *actual story of what happened to Bella Lasagne in all its gory details.

*All statements made are probably false