What you can expect from a 6 year old boy 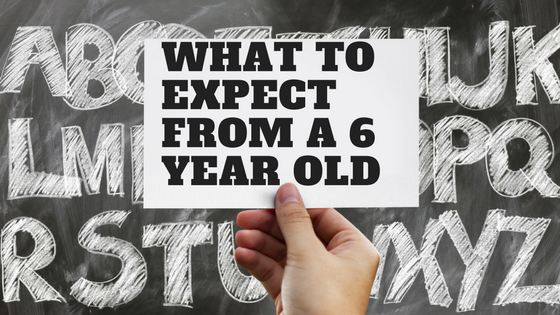 As our kids grow up they learn how to interact with other people and the world around them. These changes can be quite stressful for children and they handle them in different ways. I have a 6-year-old son and a 2-year-old daughter. In the last year, I have noticed a big difference in my son's behaviour.

What can you expect from a 6-year-old?

Since going into year 2 at school, Josephs behaviour has changed dramatically. Thankfully, after speaking to some of the other parents, it is not just Joseph. Josephs best friends mum said "It's like they are a hormonal pregnant woman" as their emotions are everywhere.

Josephs tiredness level has a major impact on his behaviour which I'm sure it does with all children. By far the biggest change we have seen since he went into year 2 at school and turned 6 is the drastic change in his emotions. One minute he can be fine and laughing with us, the next he is crying and saying that we all hate him because we asked him to put a sock on.

The attitude starts to hit full flow with a six-year-old, they will answer back, shout, scream in your face. They'll tell you they hate you and they wish they didn't live in your house. At least I hope other 6 years old do this, otherwise, I've got some problems. Some days you wake up and think "Fuck, another day!". Then your 6-year-old will surprise you by being good all day! You then start to think that the behaviour is turning a corner. It isn't. Tomorrow your 6-year-old will be a twat. I promise.

Despite all this there will be times where they give you a surprise cuddle for no reason, they'll tell you they love you without you saying it first which is a great feeling that I don't think will go away.

Struggling to understand how things work in respect of day to day life are tough for children, they have so much intelligence at this age but still have so little. They want to play or watch TV and are extremely unhappy when anything gets in the way of that. It's like having a mini teenager.

They are curious, asking question after question to try and learn as much as they can, then, of course, telling you that you're wrong after you answer the question! They love to tell you the things they have learnt at school and how well they are doing. Then they'll come out with a question about something where you to pretend to get a drink from the kitchen so you can quickly google the answer. Who knows what a digraph is anyway?!

They grow an appetite! Joseph has his Tea, then wants another tea. He gets a plate full for his tea but still wants more, he is a skinny boy but very tall and I think he is going through a growth spurt. Be prepared to spend more money on food!

They start to have an interest in things such as sport as they will be doing more of this in school. Joseph enjoys gymnastics at school and football. Outside of school, Joseph goes to karate which he loves. This keeps him fit and teaches him some important things.

Anyone else out there have a 6-year-old? Do any of these things ring true with you right now? Anyone who has a child that is older, did you have to deal with these things? Leave a comment and let me know.