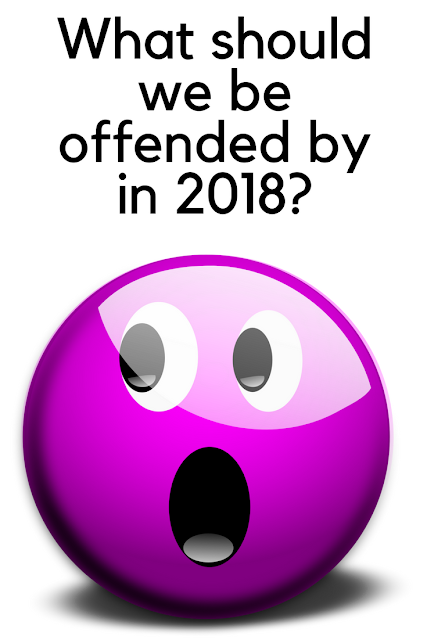 2017 seemed to be the year that people got offended at stuff that ultimately had no impact on their lives whatsoever. They then shared their outrage on social media for all to see. A lot of people joined in with this outrage, then as the months of 2017 came and went it seemed that more and more people were getting pissed off with all this outrage shown by everyone. The things that were causing "outrage" got more and more ridiculous.

Most of the things I saw that outraged people had no connection to the person posting their outrage, they just did it for the likes and tried to twist it in some way so that it made people either feel sorry for them or so that they could gang up on anyone who called bullshit on their pathetic post.

I don't take offence to anything unless its a direct attack on my family. I read some of the bad things in the news and sure, like a lot of people, I think certain things are awful, disgusting etc but I don't create my own agenda of "outragedness" (it's a new word) so I can gain more interactions on social media.

Having said that, if you feel you need something to be offended by in 2018 then feel free to take some of my suggestions* below and run with them.

What can I be offended by this year?

*I am not offended by any of these things but feel free to be offended yourself.