Is a Vasectomy the right thing to do? 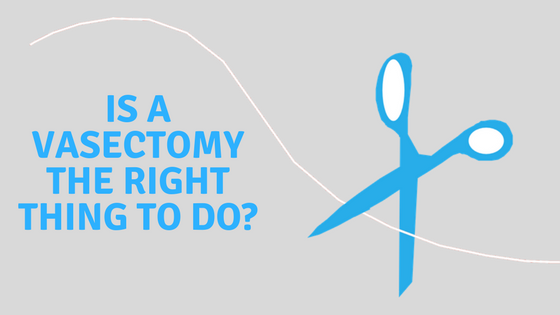 In the last week I have had a vasectomy. This was a decision made by my wife and I because we have two children and we both know that we don't want any more. With our second child, my wife wanted to have her tubes tied but the doctors would not do it at that time as they said she was too young and also wouldn't be in the right frame of mind.

Having a vasectomy has never bothered me and would have been something that I got done whether the Mrs had been sterilised or not.

After having the procedure yesterday I posted the below photo on Instagram and across a few other social media channels. It got a few likes and comments etc and a fair few comments from women saying I was a "Hero". At first, I thought people were just taking the piss, then a few more came and I realised its not about me being a hero, obviously. It's about the fact that as a man I had decided to take one for the family team instead of leaving it to my wife to have a procedure so she couldn't have children anymore. 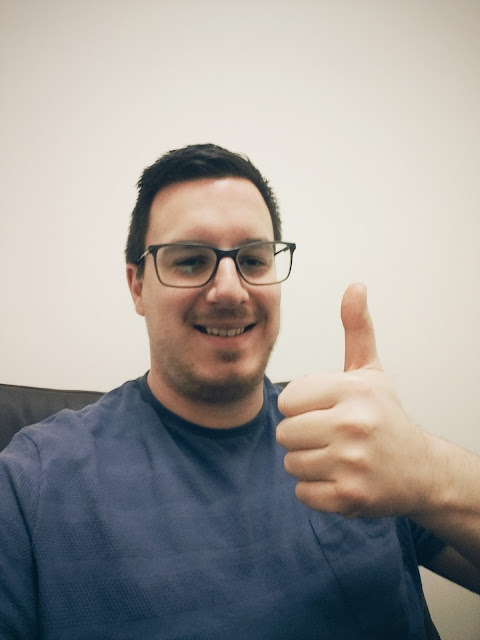 These comments got me thinking about the whole thing and it has made me think that if, as a family, you don't want any more children, then the male in my opinion should go and get this done. There is nothing to the procedure and it will save any "scares" you might have in the future.

1 in 200 women could get pregnant in their lifetime after being sterilized whereas if a man has a vasectomy the chances of getting a woman pregnant are 1 in 2000 in their lifetime. The odds of success are clearly better if the man has this procedure done. I also think that the recovery time for a man is a lot quicker.

There is also the point that a lot of stay at home parents are women and if they have had this procedure done and the male works, then who is going to look after the children etc. Again, easier if the man has it done. A couple of days off work, job done. If you're a stay at home dad then maybe between you and your wife you decide what the best course is for yourselves.

I know there are plenty of parents out there who have no intention of getting this done whether male or female and that is their decision, just say I didn't warn you when your 56 and you have a child on the way LOL.

There will be some men and women out there who will read this and say that it is their body and if I don't want to do this then they shouldn't have to, regardless of whether their partner wants them to or not. This is true, it is your body. This post is my opinion on the matter, I think if you have had enough kids then the male should be the one to step up. If you are happy to use contraception then good on you!

What do you think? Have you had enough children and are thinking about this procedure? Has the decision as to who will have it done caused any arguments between you and your spouse? Is someone just being too stubborn?