The Vasectomy Chronicles 2 - The consultation

on October 09, 2017
Did anyone else spend their Thursday morning getting their nuts felt by a giant man?

Just me then! TMI I know, but you have seen the title of this post and decided to read on anyway! 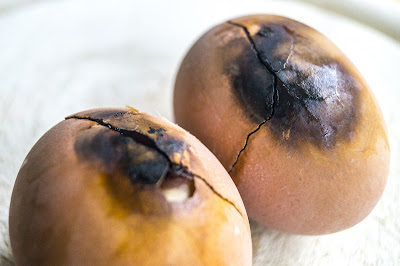 Back in July, I wrote the first post detailing my decision to have a vasectomy and the ensuing doctors visit. You can read that post here.
After my visit to the Doc he told me the next letter i would receive would be detailing my appointment, as they would do it there and then with it being a quick procedure. Nice one I thought, my nuts did not think this.

Around the end of August, I got a letter from the NHS. This'll be my appointment I thought. Nope! It was a letter to a consultation, it was made very clear that this wasn't my procedure. There was a pack to read about what will happen during the procedure and what to expect afterwards.

No, you won't the Mrs said. Kerry wanted to come with me as she wanted to hear what they had to say also as the brochure (that isn't quite the right word) stated I needed to have 48 hours off work and rest with my feet up. I'm all for resting and putting my feet but I can't afford to take a sick day so Ronnie and Reggie can recuperate.

Once we got to the appointment, a female nurse came and asked me to come through, not immediately, of course, this is the NHS after all. I wasn't expecting it to be a female nurse due to the fact we would be having a conversation about my meat and two veg for the majority of the appointment. We walked into the room and there was another, younger female there.

"We have a student here today, do you mind if she observes?"

"No" I said, hoping that if Bonnie and Clyde do have to make an appearance in front of two strange women, they aren't all shrivelled up! The nurse informed me that this appointment was basically to see if I qualified to have this procedure on the NHS and to also see if I meet the criteria to have it done at the community doctors and not the main hospital in Hull.

The questions ranged from "How long have you been married?" and "How long have you been together?" Both of which I got right! Phew! Then more standard questions about whether I smoke, take drugs etc. She took my weight and height and worked out my BMI, you have to be under a BMI of 35 to qualify to have it done in a community centre. I came in at a portly 27 but still way under the threshold. I passed all the questions with flying colours, I didn't get a certificate though, or a sticker, or a lollipop! The NHS is really cutting back!

After these questions, she had to read through the pack I had been sent and that I had already read the night before (obviously). She apologised for this but said she had to do it. I was then informed that a doctor would have to come in and "have a feel" as if he could feel the tubes then that could present an issue. She went out to get the doctor as he was with another patient. At this point, I had to ask the student

"What made you want to look at men's bollocks for a living?"

She laughed and told me that she was just on a placement from the university and had to see all parts of the centre but that she did find this fascinating because this is something that she didn't expect.

It was pants down time!

I was informed the Doc was on his way and I should go behind the curtain and drop my jeans and boxers to my ankles. There was a piece of blue roll to "cover my modesty".

Is something I might have said if that were true. It was plenty big enough.

I did as I was told and waited for the doc, the female nurse kept coming in which was extremely annoying, there was no need to be taking selfies with my lads. I heard the doc come in and ask if it was OK for him to come in. I told him yes and he snapped on some latex gloves and got down to some third base type stuff.

I expected to be quite embarrassed by this but I had told myself beforehand that this is something these people will do so many times, they aren't bothered so neither should I be. Plus, it's not as though we'll be going to Subway afterwards together for a meatball sub. The doc checked what he needed to check and I was back in my seat before I knew it. With my pants pulled back up.

Dammit. At least this gives me plenty of time to buy some extra tight underpants, boxers are not allowed!

I will write another post at the time of having the procedure to let you know how it went and what to expect if you are a man who is thinking of getting this done. Have you had this done? Was it as bad as you thought? Let me know in the comments.

*I have now had the snip, you can read Part 1, Part 3 and Part 4 by clicking the links. All my thoughts and how it went are in these posts.