To camp or not to camp

on August 18, 2017
Camping, spending time in the great outdoors. Being one with nature (almost like being one with the puddle - Daddy Pig reference). Pissing in a pot, or on a sheep*. Eating from a can or eating toast that's taken four and half hours to cook. It all sounds awesome, right? 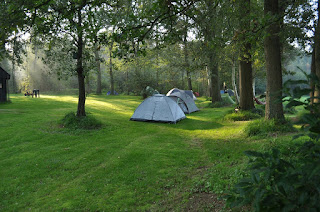 The Mrs wants to take the kids camping, me not so much. My son is five, an ok age for camping in my opinion, depending on how the weather would turn out he would probably be ok. If it was really windy or started to pour down I'm not so sure he would like it as it can be loud. My daughter is 1 (very soon she will be 2). For me this is just too young, she doesn't sleep all the way through the night at home in her bed so imagine being in a tent?

The Mrs and I have been camping before. We have been up to the lakes on a few occasions in our first few years together, we have now been together 11 years. So, needless to say, the memory of camping is fading. So much so that the Mrs can't actually remember going camping with me. Even though I have photographic evidence.

Has anyone been camping with kids that are the same age as mine? 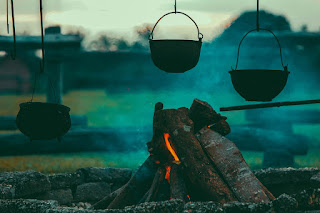 A colleague of mine from work has just given us a tent, sleeping bags and some chairs as I mentioned this whole camping idea that my wife had. As I'm off work this week and along with other things I need to do, I was thinking about putting the tent up in the garden and staying in it overnight with Joseph to see how he finds it.

He seems enthusiastic about it when I ask him but saying yes now and then actually staying in it after I've put it up are two different things. Maybe if he wants to go back inside to bed I can sneak him in quietly and go back out to the garden on my own and chill. Good idea Rich.

I like the idea of trying it in the garden first as it will allow me to spend some time alone with Joseph without his little sister getting most of the attention. We can do whatever he wants, which will probably involve playing on the tablet so there may have to be a games ban.

There will hopefully be a blog post on how the "camping in garden" night went unless I get eaten by a bear.

*Just to clarify, I have never pissed on a sheep 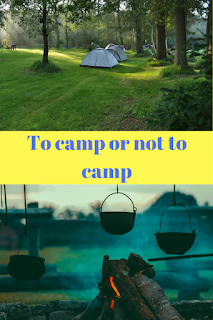