Should we get a pet?

I can literally feel my wallet choking as the Mrs hits me with this. Joseph is feeling the strain of having a one-year-old sister and the Mrs thinks that having a pet, something that he can call his will hopefully help. What do we get him? A dog, cat, rabbit or guinea pig? 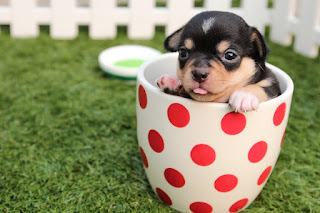 We have spoken about getting a dog before but we want to go to Florida in a few years to take the kids to Disney World so we decided that having a dog before then is not the best idea due to the cost of kennels etc. Also, I'm not big on the idea of having a dog whilst Alice is so young. If we wait until after Florida she will be 5.

So, with a dog out of the question, it was between a rabbit or a guinea pig. I didn't fancy a guinea pig as they're a bit shit so I suggested a rabbit. The Mrs said they cost a lot more overall and can get ill quite a bit which again would cost us more money at the vets. she then suggested a Cat.

She wouldn't mind it if we had it from being a kitten as we could train it not to be a scratchy little biatch. Many people I know seem to be either a Cat person or an "I fucking hate Cats" person. I have never had a cat but I don't have anything against them so I'm open to the idea of a cat. It would have to be a house cat though, I don't think I like the idea of a cat of mine wondering the streets at night meeting lots of unsociable cats. 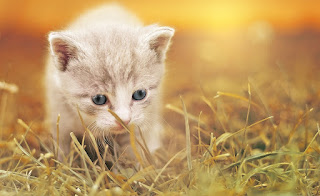 We had a dog when I lived at home, we got him when I was in primary school. I remember my mum bringing my sister and me home and telling us they had a surprise for us! When we walked in I saw this tiny puppy in the living room and I shit my pants!

I was scared of dogs, what kind of parents would want to openly torture their son by getting a dog!

After a while, I decided that dogs aren't the monstrous beasts that I thought they were and Cleo and me became like best friends. We always used to play in the garden with my football, until she would pop it after 3 minutes of being outside. We had that dog up until a few years after I moved out. I think she was 17 when she had to be put down due to illness. I had the opportunity to go to the vets with my family but there was no way I could bring myself to do it. 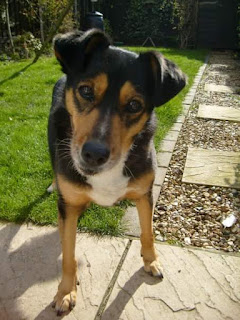 Even though losing her was sad, I can't wait to bring a dog into our family and for the kids to love it with all their hearts.

We don't have a great track record with animals though;


I'm not saying we're cursed but the facts speak for themselves.
We went to our local Pets at home store today and RSPCA to have a look around at the animals, there were a few kittens at RSPCA that we liked but I think we're going to talk about it some more and decide what animal is going to be best for us.

Have you brought an animal into your family? What did you get? Was it a good decision or do you regret it?