Sexism happens to men too

on July 28, 2017
Sexism amongst other things is judging people by their sex when sex doesn't matter (that is the most times I've written sex in one sentence, ever). 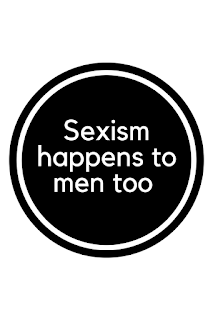 There has and I imagine always will be Sexism, and in point of this post, always be sexism in retail. For me, I am not talking about sexism between colleagues or management etc I am talking about the sexist acts that happen to me on a near daily basis.


I have worked in retail for 14 years. I started work at 16 years old and it was only until I moved to my current job a few years ago that I actually saw any kind of sexism whilst at work, towards anyone,  no matter of their gender.

I work in what can be considered a female dominated section of the retail world and there are sections of my store that are predominantly female orientated. This, however, doesn't mean that I don't know anything about those areas.

Here are a few examples of sexism that I receive from female customers:

1. People asking to speak to someone from a specific department when they hear my voice (mainly female orientated departments such as knitting)

2. Being actively ignored when I'm stood with a female colleague, even though I have been the one to greet and ask if there is anything I can help with. Customers will literally walk past me to speak to the female colleague or just face and speak to that colleague and act as though I am not even there.

3. Someone actually said to me "isn't there a female around, What can you possibly know about This?"

4. I have heard customers say "Oh I'll wait till we see a female member of staff, he won't know"

I got it today and it really pisses me off! I know just as much and in some cases, more than some of my colleagues. If I don't know, I am always willing to go and find out, no matter what. That is called customer service and has nothing to do with whether I am a man or woman.

I wonder what it would be like if the roles reversed?

A little while ago I needed a new bulb in my car. After YouTubing how to do it and giving it a try I realised there was no way I could get my hands in to change the bulb and I was running out of patience so I decided to go to Halfords and pay the small fee for them to do it.

Once I paid, a female member of staff came out to the car and proceeded to fit the bulb.

What if I had said, "Isn't there a male member of staff to do this, you won't know what to do?"

Sexism isn't right towards anyone. It clearly isn't something many people think about happening towards men but, it does happen. What happens to me isn't a big deal but is enough to annoy me some days when it is so blatant. I now have, albeit a very small, understanding of how women feel when they are on the receiving end of sexism.

It's sad that in 2018, it still happens. Nobody should be judged on their gender etc for any reason.
Has anyone else had to deal with sexism in the workplace, Regardless of whether you are male or female?