on July 20, 2017
Hey, everyone, it's me, Alice. Daddy took me to soft play the other day. It was awesome!
Mummy was busy at home so daddy and I went out. It was called Big fun, which is great cause I had a big amount of fun! 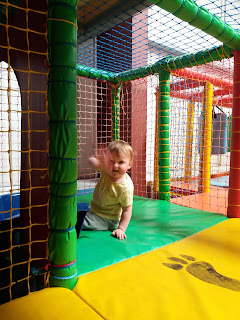 When we went in daddy had to get his wallet out, which I'm not sure he was happy about. It's only a few quid dad get a grip! Once we had paid we walked in and I nearly pooped with excitement. It was massive!


Daddy and I took our shoes off and off we went! I saw a slide!! OMFG! A slide! I love slides!! I climbed up the steps, navigated my way past some stupid things that hanging down and off I went down the slide! It was pretty fast, I ended up facing sideways by the time I got to the bottom. 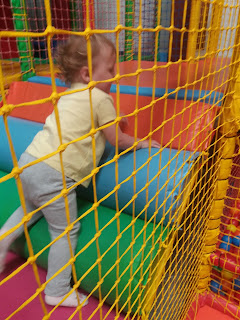 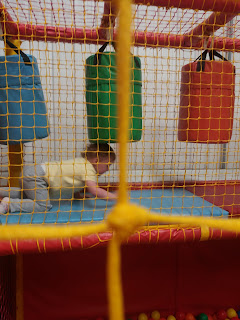 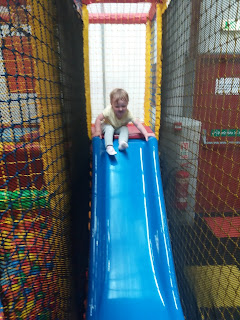 They had a ball pool as well, I dived in there and daddy followed. He covered me in all the balls so I got him back by throwing one at his big fat head!

Through the ball pool I could see a different bigger slide! But I couldn't get to it, it was like being in a foam filled prison! Aarrgh! Daddy, being the legend that he is, took me round to the other side and we went through and found the slide. It was bigger than the last one but I couldn't get up the stupid steps! They were to big! Dad helped me up though. Woop. After a few goes I managed other up the steps myself!

Then I jumped over this raised ramp and fell arse over tit! Daddy laughed!

0.3 seconds later I was over it and I wooshed down the slide. It was amazeballs! Daddy was videoing me playing which I'm sure he'll have sneaked Into this blog post somewhere.

After I'd had 6443 goes on the slide I decided to go for a wander. I saw some go karts but daddy said I was too small for them, apparently there was a height chart. I didn't see no stinking height chart! I'm sick of this sizest bullshit!

Anyways, we went on the trampolines! Dad took a video of me on them as well. I loved these, until I stubbed my stupid toe on the side of the mat!

After the trampolines we did the slide/ball pool bit again which was awesome. Daddy was getting antsy cause it was coming up to dinnertime and he wanted to fill his big fat face with food so we decided to go. I didn't want to but he bribed me with a slush puppy. Gets me every time!