on November 12, 2016
Where almost half way there. Thanks for sticking with me through my blogging challenge. 30 days is a lot longer than you think when you have to write something every day. 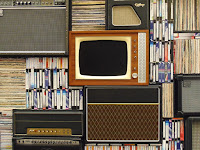 My favourite TV show has to be The Blacklist, it stars James Spader as the main character Raymon Reddington. He is a former member of the US Navy turned criminal who turns himself in and explains he has a list of the world's most dangerous criminals, some of which the FBI haven't even heard of. He offers to help the FBI capture these men on 2 conditions, he gets immunity from prosecution and he will only deal with a rookie FBI profiler called Elizabeth Keen.


I love this show, James Spader is fantastic as Red, some of the lines he comes out with are classic. Even though his character is a criminal and a murderer you just can't help but like him. I really advise anyone to watch it if you're looking for a new boxset to start netflix and chilling to.

My next favourite show is Arrow. The is about a character from DC comics. Oliver Queen is the name of the character who is the "Green Arrow". Oliver Queen is played by Stephen Amell. Oliver Queen went on a boating trip with his billionaire father one day and the boat ended up capsizing. The world thought them all dead, but Oliver Queen had washed up on an island and was missing for 5 years. When he returns to his home in Starling City he had adopted the mantel "Green Arrow" and goes on a "saving the city" mission.

I love anything Marvel or DC so this show was always going to be a winner for me. They incorporate other characters from the DC universe from time to time and also have done a couple of cross-overs with The Flash, another show that I love.

Other TV shows that I love are, NCIS Los Angeles, Hawaii five O, The Flash, DC's Legends of Tomorrow, Gotham, Westworld, Supergirl, The Last Ship, Ray Donovan and The 100.

Coming away from action type of shows, my wife and I really love  A league of their own. It is a sports quiz panel show hosted by James Corden and stars series regulars Jamie Redknapp, Freddie Flintoff and Jack Whitehall. This show is hilarious and has us both in stitches every week. You should definitely check it out. You don't need to like sport to enjoy this show as it's hilarious.

What are your favourite TV shows? Do you watch any of the shows I watch? What do you think of them?

Thanks for reading, catch you tomorrow