Bullying - Does it worry you? 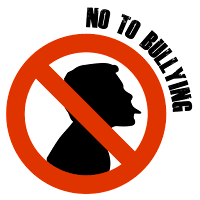 Today I saw something that shocked me! I saw another man bullying another man about his weight in front of the man's wife and two young children.

The man being bullied was obviously shocked by this unprovoked abuse, he didn't know what to say.

Thankfully his wife stepped in and managed to make the bully look quite daft in front of everyone!

That'll maybe teach you not to be a prick Mr Bull.

This episode of Peppa pig was very upsetting!
My little boy is 5 now and is in year 1 at school. He seems to be a popular little boy who also isn't a little shit. At school anyway. He hasn't come home and said he's being bullied which is great but I dread the day he does.

I was bullied when I was at school, I was much taller than everyone else, and skinny (not tall and rotund like I am now). I also wore glasses so I got called four eyes a lot. Now when I think about it, if anyone said anything like that now, I would just laugh at them and either walk off or more likely go tell them to piss off.

I'm not sure how I would react if Joseph said he was being bullied. I would expect the school to sort it out but as I'm sure most parents know, schools pretty much do nothing about bullying. Apart from tell you they have a strict no bullying "policy". Thanks that "policy" will really help the bullied kids feel better.

We have told Joseph to always make sure he tells the teacher if someone is calling him names or hitting him etc but as kids get older that becomes harder for them as they won't want to be labeled a "grass" or whatever the hipsters are calling it nowadays.

Rightly or wrongly I was told by my dad if a bully hits you, hit them back. I didn't take up this advice asIi was scared of getting in trouble. But after a while, I got sick of it and once I finally stood up to a bully and hit him back, the bullying stopped! After that point I would always stick up for myself, most people would then leave me alone as they wouldn't want to look daft if I did hit them back.

I dont want to teach my son that violence is sometimes and I mean sometimes the only way, especially when your at school as sometimes that's the only thing that stops it. My teachers at school didn't do anything about it, and that will be the deal breaker for me I think. I would need to see the school actively deal with it. I would definitely go and speak to the parents first to try and sort any issue out but that can go one way or the other. We teach Joseph to have respect for everyone and he is a very good boy and a kind loving person. Joseph sadly will probably become a target for bullies at some point as he is so much taller, he is stockier than I was as a kid so hopefully other kids wont want to pick on him.

I do hope though that if he is being bullied, he knows that he can come and tell us, as all we will want to do is help him get through it.

How would/do you deal with it if your child came home and said they were being bullied? Has whatever you have told them made it stop? 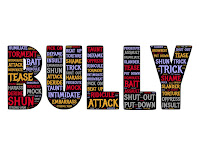