on November 13, 2016
Welcome to day 14 of the blogging challenge. If you are a new blogger then I do highly suggest having a go at this. Since starting it 14 days ago I have had at least 1500 views!

Favourite movies is the next topic. Now if you have been following my challenge you will know that people who sit directly in front or behind you in a cinema that if half empty really annoy me. People who also somehow manage to chew louder than the sound of the film also get on my tits.

I have seen a fair few movies in my life so far. I generally like to watch action movies or superhero movies. As you will also know from reading my blog I'm a bit of a nerd. I'm not really a fan of chick flicks but have seen a few due to being married. I couldn't tell you what any of them were called or what they were about but the important thing was I was there with my wife watching them with her. I also haven't seen Dirty Dancing much to my wives annoyance. She is always trying to get me to watch but I really just have less than zero interest in it. 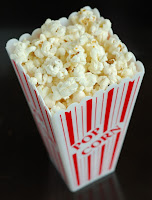 One of the best parts about going to cinema is the food. It's pretty much an unwritten rule or law if you will, that when you go to cinema, you have to eat sweets and drink fizzy drinks. Dems the rules. If you're a bit flush you will buy the sweets/popcorn and drinks from the cinema. If you're like the rest of us you will (if you're male) get your Mrs to unnecessarily take a handbag so you can hide the mountains of sweets and drinks that you want to take into the cinema without getting busted by the cinema police.

So here we have it, my top ten favourite films so far...

What are your favourite films?