on October 08, 2016
How great would it be to see Robert De Niro punch Donald Trump in the face?

Super great is my answer!

I'm not American I'm English (It's Ok don't feel bad for me) and as someone who really has no interest in any politics at all, I still can't believe that that fat head has been allowed to run for president.


It's an embarrassment to what is a great country. You expect this type of behaviour from us as we always have twats running our country, have you learnt nothing from us?

It's come out that Donald Twunt (I'm calling him twunt cause that's what he seem's like and if you don't know what one is, it's a mixture of two naughty words) thinks that because he's rich and famous he can grope as many women as he wants.

Saying stuff like that will definitely get you elected Twunt, well done! 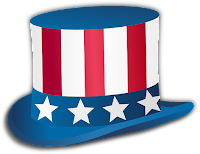 What worries me more is the fact that there are lots of people in the US that actually support a racist.

Can you imagine what it would actually be like if he was president?

When shit starts to kick off with the Russians or DPRK (If it does, I'm not saying it will so calm down people), Twunts going to come along and say "pack it in or we'll sort you out" and there literally going to be rolling on the floor with laughter.

Thankfully, it seems like he's losing a lot of support after "gropegate". When Arnie isn't going to support you and he always votes republican, you know it's time to quit.

He says he will never quit.

Guess we'll just have to wait until good old Hilster beats him hands down then.

Come on America, listen to Arnie and De Niro and also me, that's why I wrote this post, so that if he doesn't win, I can say I played a part in it.

Are we following each other on
Follow
deniro donaldtrump president usa