The Father, The Son and the Holy Garden 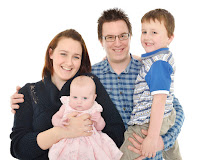 "Why did the angry bird cross the road?"

"Because he wanted to!"


Well done Joseph, another classic joke right there. Joseph loves trying to tell me jokes, it's a shame he's four and only knows the proper jokes I tell him. I mean the "what's brown and sticky?" joke I told him is a classic. You can find the answer to that one the "About" tab on the homepage of this blog. Here's my son, 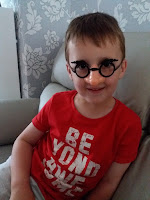 Joseph is 4 years old and my first born child. He is very hard work and stresses me out so much. Especially when I work full time and come home and just want to spend some time with him but he thinks being naughty is the best thing to do. It's so hard for me to try and keep my cool when he's like this as it feels like he does it on purpose. I know he's only four and he is probably like all the other kids ever, but I still can't get my head around it. Being a dad is hard, being a parent is hard. We deserve medals and chocolate, lots of chocolate. He is such a clever boy, he does really well at school and he loves it! You always worry about whether your kids will be good at school and whether they will enjoy it. Thankfully Joseph does well and loves it. I really hope he makes something of himself in life and becomes the man I wish I could be.

I've kind of made out that he's a bit of a nightmare but he brings me so much joy and melts my heart on a daily basis.

The other day he was outside playing with a new ball he had. There's something so special about a children's innocence and how they haven't got a care in the world. Lucky them. I stood in the kitchen for a few minutes watching him just kick the ball to himself and talk to himself and he seemed as happy as a pig in shit. I got my trainers on to go outside and play with him. "Daddy, will you come and play wif me?" I heard him say as I put my trainers on (i know with is spelt wrong, that's how he says it and it's so cute).

Off I went to kick the ball around with him. We sat down on the grass for a bit and just talked about nothing really. It was only about 20 minutes whilst Alice was asleep but I really enjoyed it, he then saw a hole in the garden and off he went. Good talk son, good talk. 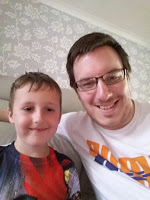 Some people say he looks like me and some say he looks like his mum. Poor bugger either way. His kindness and love for his family are second to none, especially the love for his little sister Alice who is ten months old. Her face lights up with joy when she sees him in the morning when she's just woken up. He was also very upset the other day when Alice had to go to hospital.

I can't wait to see my son grow up before my eyes. I wish I didn't have to work full time so i don't miss a lot of it, but needs must. My wife wanted to stay at home and look after our children and she does a great job, I would definitely not be able to stay at home all day doing it. I'd probably explode.

I am grateful every day that I have been blessed with children and I wouldn't swap either of them for anything.